OUR INSTITUTE AND ITS ORIGINS - How It All Started

Economies Struggle after the War
In the arduous years of post-war reconstruction following the ending of hostilities in 1945, much of the Western world was chronically depleted of both manpower and financial resources; the massive consequences of war exacting a heavy toll in these areas and all of its economies taking a decade or more to rebuild themselves. Historically and from an Intellectual Property (IP) perspective, ownership rights in published works were, in the main, protected by international copyright laws. Other forms of IP ownership were seldom recognised, perhaps with the exception of patents. The majority of these tended to be exploited by the ‘inventor’ being granted the patent and in many cases their subsequent market dominance made them hugely wealthy. Any patent licensing, i.e. conferring the benefits of the patent on another person or entity that may have happened would have been rare. 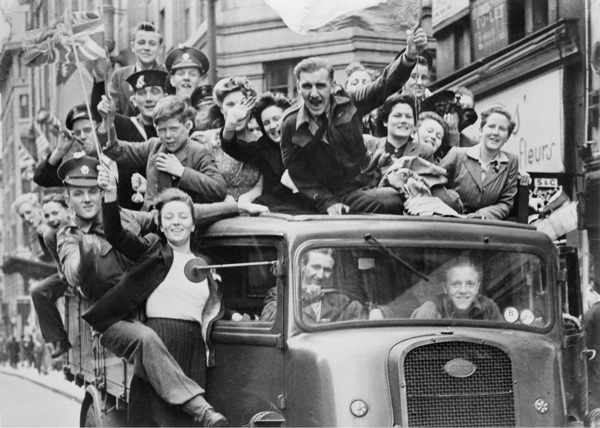 International Collaboration Supports Growth…
Growth came slowly as the engines of industry and commerce gathered momentum but it was truly not until the early sixties that stability came to be achieved in many critically important areas such as manufacturing. This was helped by the relaxation of credit controls, the development of international trade agreements and the emergence of the European Union then as the Common Market, which the UK joined in 1975. Licensing agreements began to emerge in the ‘60s largely as a result of the need for idea exploitation to transcend national boundaries. 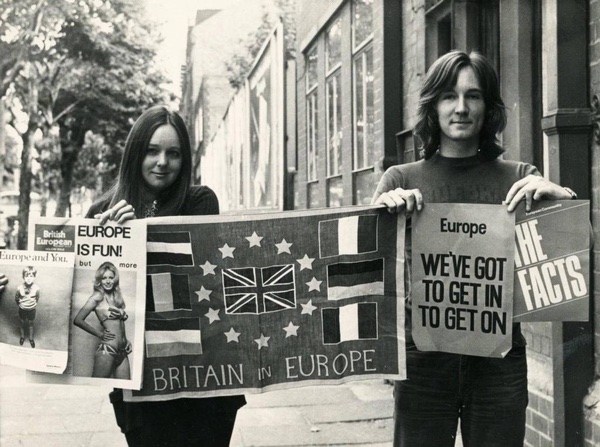 …But Lack of Resources Hampers Success
In this context, key drivers of economic growth such as manufacturing output and here in the EU the development of stable service companies, were stalled for lack of capacity, under resourcing and inadequate manpower. These acted as a brake on much needed expansion, thus denying Europe the benefit of emerging trade opportunities. And whilst licensing agreements were emerging it is fair to say that the advantages and disadvantages of licensing intellectual property rights were not fully understood or appreciated at this time in its history. Licensing examples were few and far between. 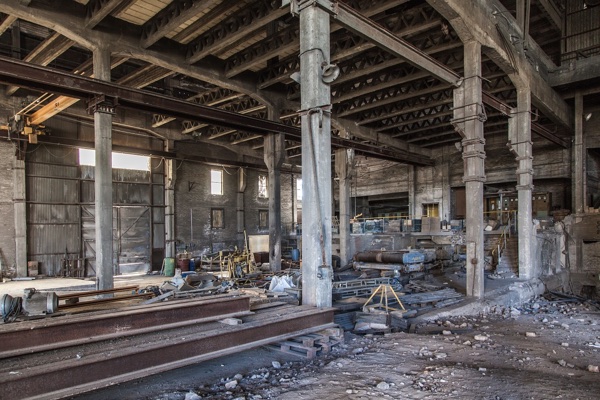 “Lack of resources – Europe wide”
[Image by kerttu from Pixabay]

Good Ideas Need to be Brought to Market
Therefore solutions associated with inter-nation trading had to be found to overcome these deficiencies and enable goods and services to be made and supplied outside of the territories where they were created and invented. So, by releasing the ideas i.e. the underlying ‘intellectual property’, under control, home produced ideas could thus be exploited and their value realised. IP licensing agreements now began to be taken seriously and recognised as a practical, effective and beneficial way to expand existing and exploit new business opportunities. 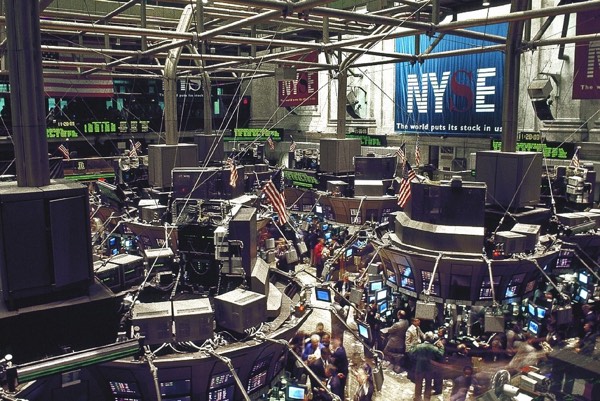 Tools for Licensing Emerge
This now set the scene for the development of commercial licensing as we know it today and represented a major leap forward in delivering goods and services within those territories that had the need on the one hand and those with the capacity to deliver on the other. Whilst patent licensing was still the traditional route to IP exploitation, alternative approaches were becoming essential. Whereas previously much corporate intellectual property (IP) had been retained in-house or simply bought and sold, advanced systems such as cross-licensing, sub-licensing, patent pooling and high level agreements were thus developed to enable continued ownership of IP to be combined with strategic exploitation for profit. Such strategies were effective in deflecting the risks associated with production from the IP holding companies to the manufacturer and yet returning profits from royalty revenues to the former. 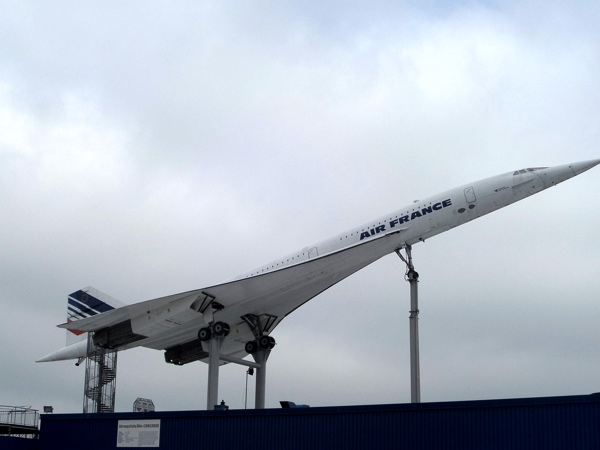 USA Leads the Way
Recognition of such commercial relationships under licence gathered apace throughout the sixties and created much new learning and practice for which we are in debt, especially to the United States who were way ahead of us. They were quick to develop the practice and understanding of IP licensing and so create highly effective and widely accepted ways to commercialise IP. 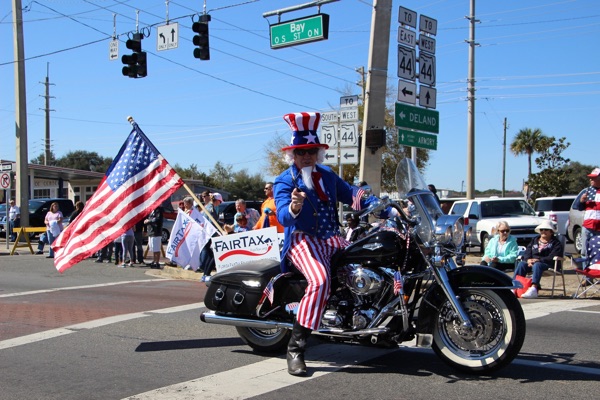 And Europe Begins to Promote Licensing
Against this background, here in Europe, the need arose for a representative body to promote interest in IP licensing in order to unlock and enhance its potential to drive economic growth. Notwithstanding that specific IP licensing firms were few and far between, interested parties gathered together and formed two such organisations to meet this emerging need. Here in the UK in 1969, The Institute of International Licensing Practitioners (IILP) and in Germany, The Licensing Industry Technology Consultants Association in 1965 (LITCA) were founded, whose members often shared common cause throughout the seventies, coming to amalgamate under the banner of the Institute of International Licensing Practitioners (IILP) in 1978. 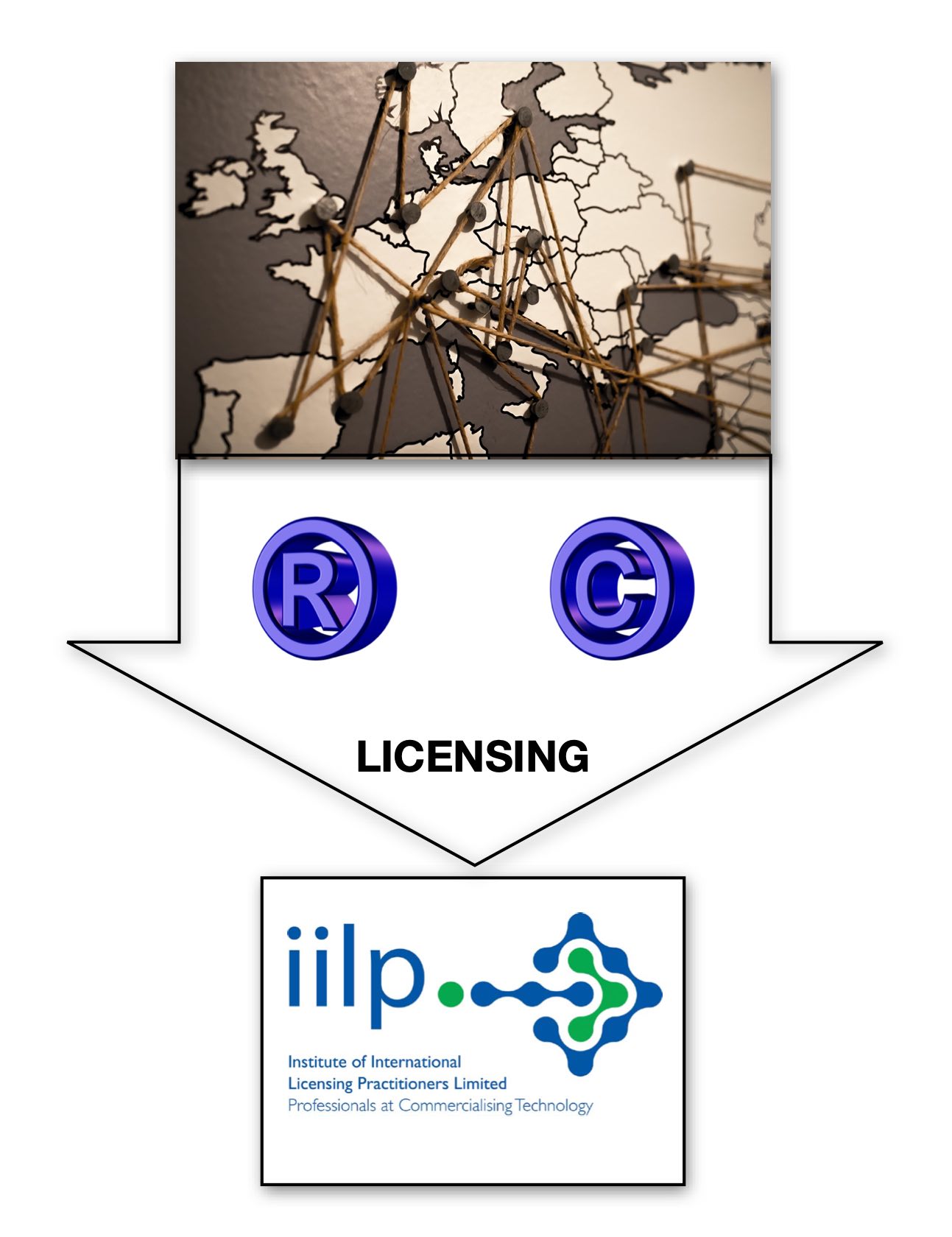 The IILP rises to the challenge
The Institute set its worthy mission to “set, promote and maintain high standards of professional practise and technical expertise” amongst its member consultants so to serve better the needs of industry and individual clients seeking to exploit their IP under license.

A Code of Conduct was established to regulate the admission and affairs of members who practised in the main throughout the UK and Europe and an Executive Committee governed the business of the Institute. Membership was comprised of Fellows, Associates and affiliated corporate members who saw a need within the nature of their businesses to be connected.

The Institute was a resource for guidance in serving the needs of the broader IP licensing community and in particular for those persons holding IP who were seeking to license it, a place of resort to circulate their enquiries to its members. It offered speakers for broadcasting, held tutorials and seminars and sought to promote IP licensing in all ways possible which later included publication of a members’ journal, Exploits, to inform and connect the membership and add to the field of learning. 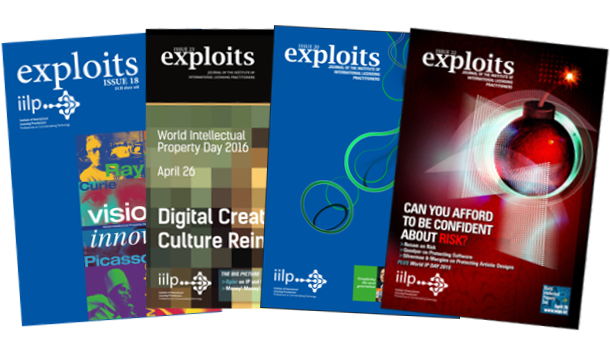 A brand new Identity is born
In 2019, its Jubilee year, and after 50 years as the IILP, a decision was taken by its members to revitalise and reform under our new identity as the Institute of Intellectual Property Licensing (IIPL) so to make itself the more relevant and responsive to the needs of both members and IP holders in this internet age. We hope this will pave the way for many more years of effective and active service in the licensing community and maybe of celebrating our true centenary as a body in the distant future. 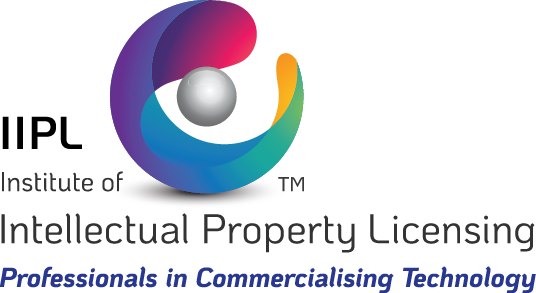 “A smart new name and logo for the digital age”

Our Institute Looks to the Future
Building on the achievements of our predecessor organisation, we intend to embrace the best of its earlier service offerings and to develop new relevance to the needs of the licensing community today.

We will not only be offering topical workshops and seminars but, for the first time in the coming years, we will be looking to launch our programme of education by offering a fully professional course in licensing practise, respectively; the Certificate in Intellectual Property Licensing (Cert.I.P.L.) and a Diploma in Intellectual Property Licensing (Dip.I.P.L.). These should provide a most effective training for students seeking a career in licensing and also for those who are already practising in the broad field of intellectual property who wish to add to their store of skills. 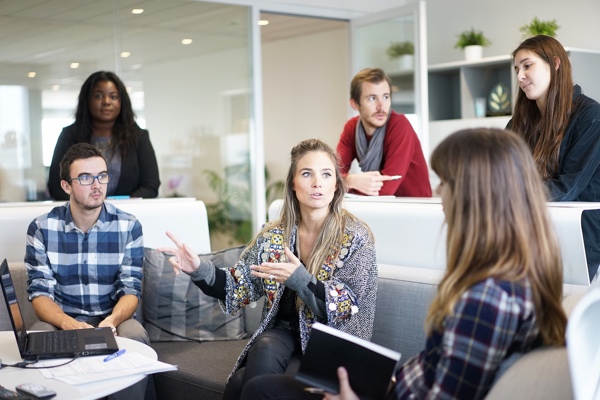 [Image by Free-Photos from Pixabay]

We will be expanding our membership internationally to attract interest from developing economies, where IP and its value is coming to be recognised as an asset of major economic value, thereby seeking to build an international exchange of ideas and promote a fraternity of like-minded peoples. 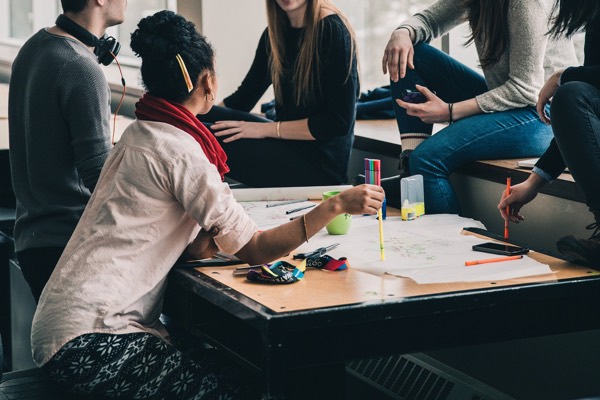 [Image by StockSnap from Pixabay]

Most of all we seek to drive forward the appeal of licensing in all its forms as a most effective commercial means to stimulate economic growth by crossing borders and allowing much improved access to markets for goods and services where previously these have been unattainable. We trust this will contribute to the store of public good throughout all sectors and add to the concept of trading internationalism with all that it promises.

We do hope you will join us in this mission. 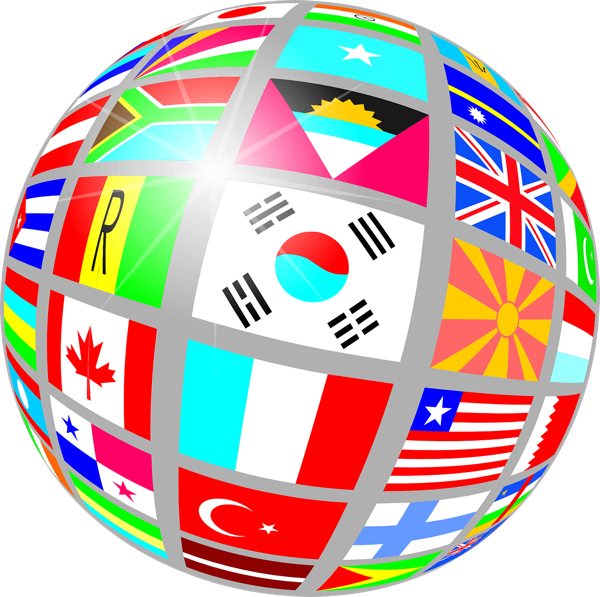 [Globe image by Clker-Free-Vector-Images from Pixabay] 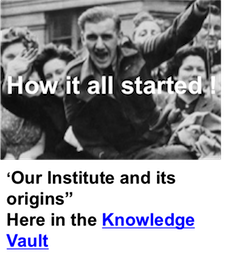 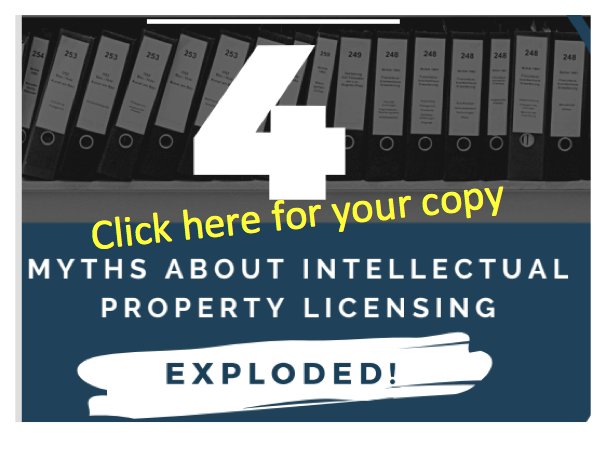 Click image for your free copy ... and free Membership!

Who's looking for help

Who's looking for help? 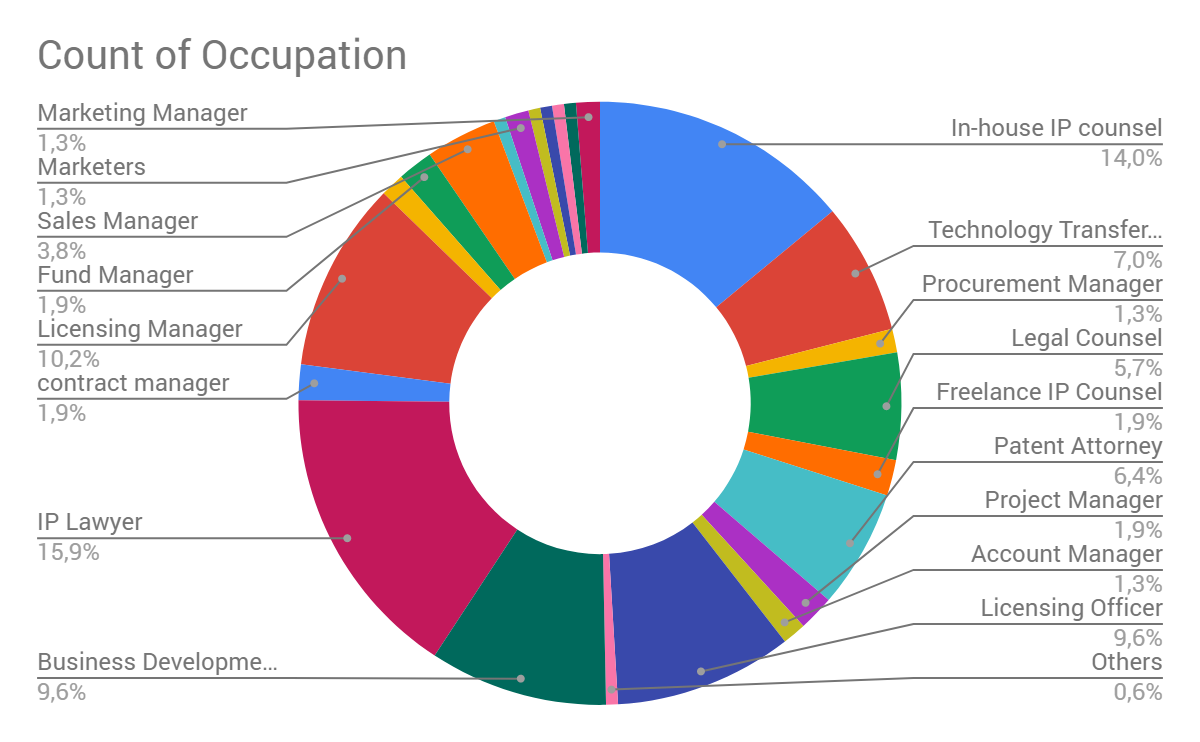